Regrettably we have had to cancel the trial on Swinton Estate.
Gary Taylor the head gamekeeper has said due to weather conditions etc

The grouse are very late breeding this year and the eggs are only just hatching and will
not be grown enough to be disturbed by the time of our trial, so they had made the hard
decision to cancel holding the trial.

We must remember this is their livelihood and have to respect their decision.

But we hope to hold the Irish Setter breed stake at the end of the month, on Friday 30th July,
and have made arrangements to hold it on Muggleswick/East Allenheads in Northumberland
by kind permission of Mr J Herrmann. Entries will be accepted up to the day of the trial. 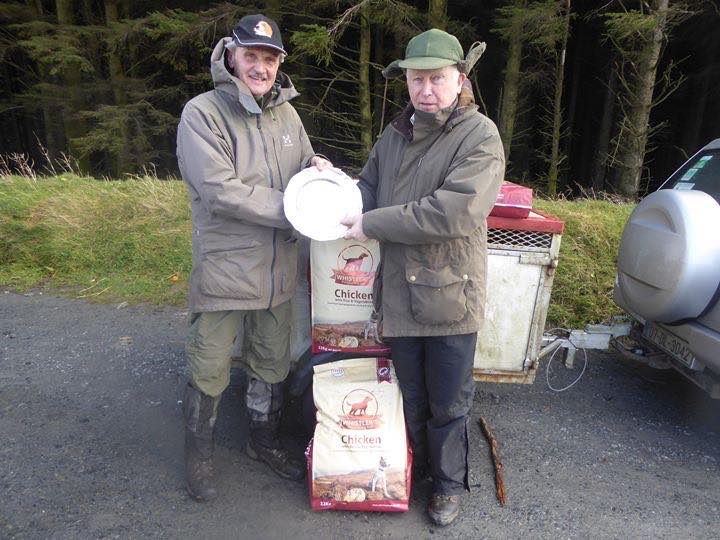 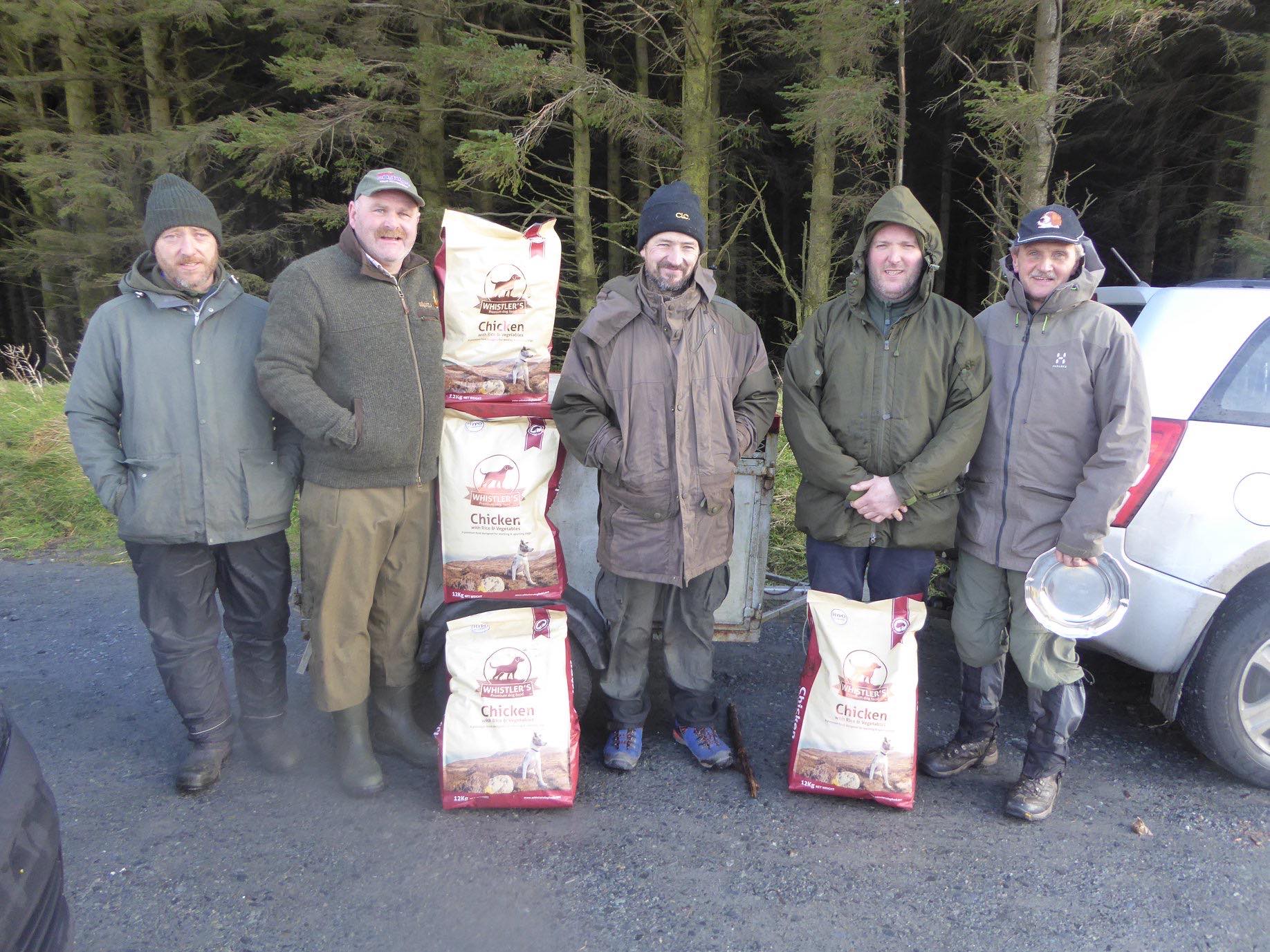 Twenty seven dogs went to the hill on a very cold, windy but dry day.
There was a good showing of grouse and at the end of the trial the judges made the following awards:

The club would like to thank Dano's Petshop in Strabane, Co Tyrone who kindly
sponsored Whistlers Premium Dog Food to the winners. 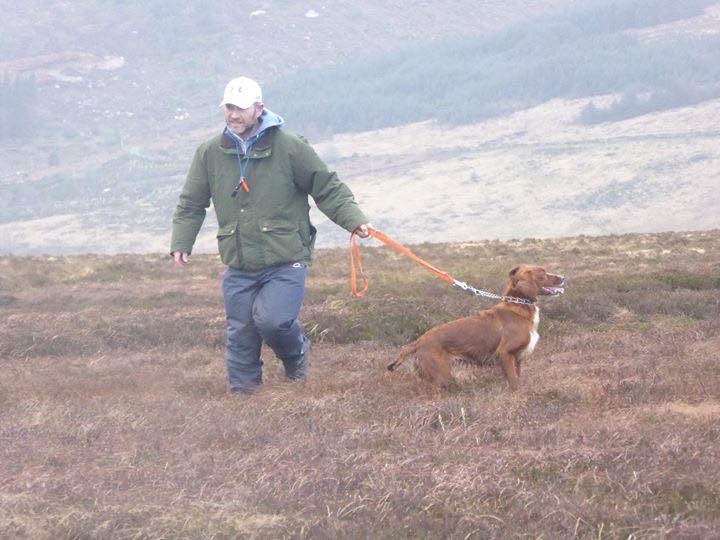 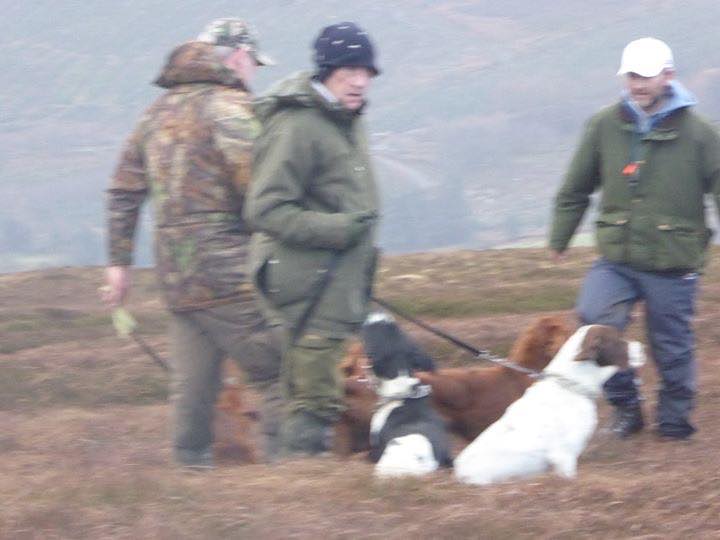 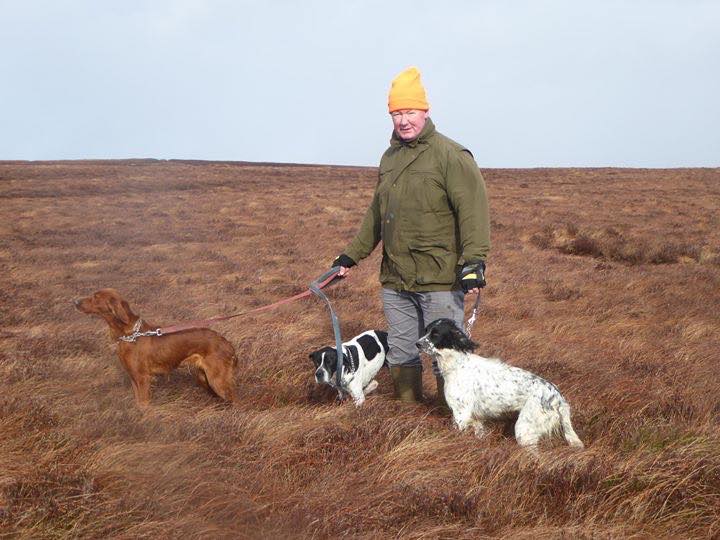 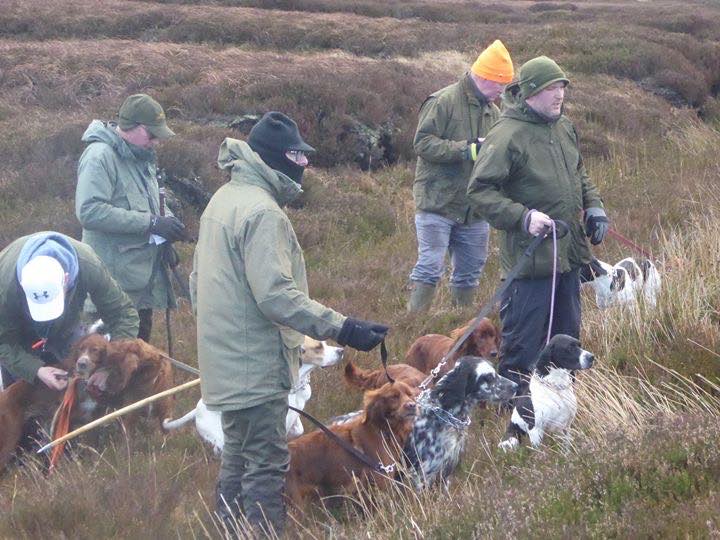 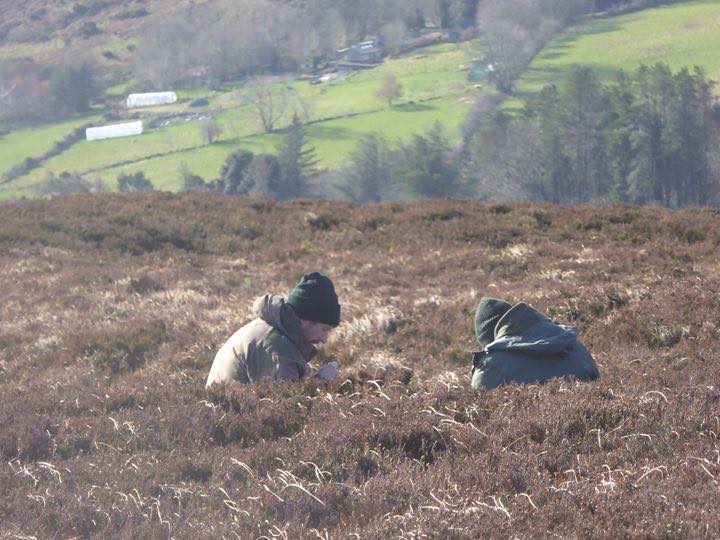 The Trial was held on the Midland Bogs, Co Westmeath by kind permission of the Landowners and
Local Gun Clubs. The judges for the champion stake were Michael Houston, Jim Crotty and Billy Grace
with the gun for the 2 days being Helmut Cywinski who had flown in from Germany for the second
year in a row to be the gun.

Photos Thanks to: Heike Sporleder Below

A full card of 30 dogs took to the mountain in what proved a great day both weather ways and with the
numbers of grouse showing.

Results & Photos Thanks to: Raymond Monroe

Report & Photo thanks to Hugh Brady

Results & Photos Thanks to: Raymond Monroe

The Strabane & District Pointer and Setter Club ran their Open Stake on Slieveanorra, Co Antrim. Judges for the day were Michael Houston and John Murray. At the end of the trial the following awards were made;

Thanks to Raymond Monroe for the report and photos

The Ulster Gundog League held an open grouse trial for pointers and setters today Sunday 29th September 2019 on
Glenwherry Moor, Co Antrim. The judges for the day were Meryl Asbury and Sara Chichester. At the end of the trial the

judges made the following awards

Report & Photos Thanks to: Raymond Monroe

on Craigs Moss, Glarryford, Co Antrim. Judges for the day were Meryl Asbury and Sarah Chichester.

At the end of the trial the judges made the following awards. 1st: PD IntFTH Ardclinis Frankie Frank handled by

of the Kingdom handled by Hugh Brady. On accepting the winners trophy Michael dedicated this win to his great

friend Brendan Coyle who passed away last year. It was very fitting that Michael's great friend and Brendan's

A Little Help from Hugh's son

Thanks to Marie Quinn & Kay Donnelly for the photos 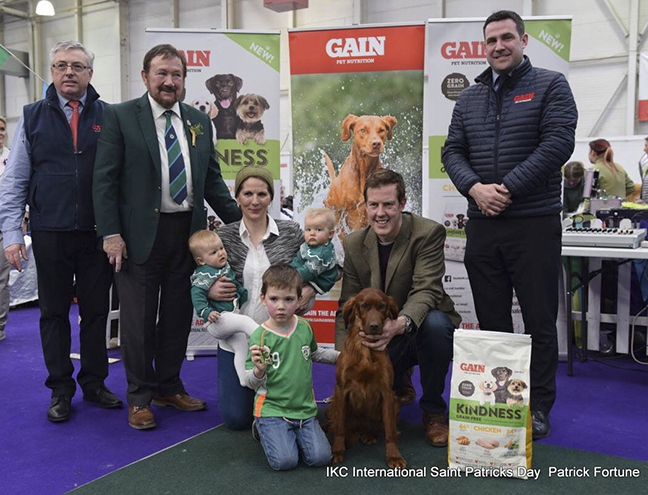 Ft. Ch. Malstabodarna Idun of Ballydavid
Top Field Trial Dog of the Year for the second year in a row

It was a tough day with a cold wind and many furry distractions to tempt the dogs.
PUPPY Stake 8 puppies ran, two made it through to the second round, but no awards.

NOVICE Stake 28 dogs ran, five and a half brace were brought back for the second round. Some were very unlucky.

The Scottish Gundog Association held their Open Stake at Lochindorb

40 dogs entered, 13 dogs in a very tough second round (sudden change of weather with cold wind and sleet like rain).

Congratulations to all in the awards; especially big congrats to Colin Forde on making up his dog to FT Champion!
Sponsored by Red Mill's Engage thanks to William Connolly Red Mills


The trial was judged by Michael Houston and Doug Collins. The judges made the following awards at the end of the trial.

Thanks to Raymond Monroe for the photos - Report by Kay Donnelly

At the end of the trial the judges made the following awards;

Third : Paraig Kiely with Avondale It's Me (Pointer)

The picture shows from left to right; Hugh Brady with the Craigrua Perpetual Trophy awarded to the

Judges for the day were Jim Sheridan and Jason Benson.  A total of 111/2 brace took to the hill on a cold breezy day.

At the end of the first round the judges called for 5 brace of dogs back for the second round. Grouse showed in good

numbers today. At the end of the trial the judges made the following awards:

it is a fantastic return to the fields for her!

Thanks to Kay Donnelly

Field Training Day - Not To Be Missed

Our Trainers will be a mixture of Field Trial judges, people with experience of shooting over
Pointers and Setters and experienced Field Trial competitors. The day will consist of talks, demonstrations
and discussions together with practical help, advice and tips on handling your dog. This training day is aimed
at the basics requirements needed to reach the minimum standard for working a Pointer or Setter. 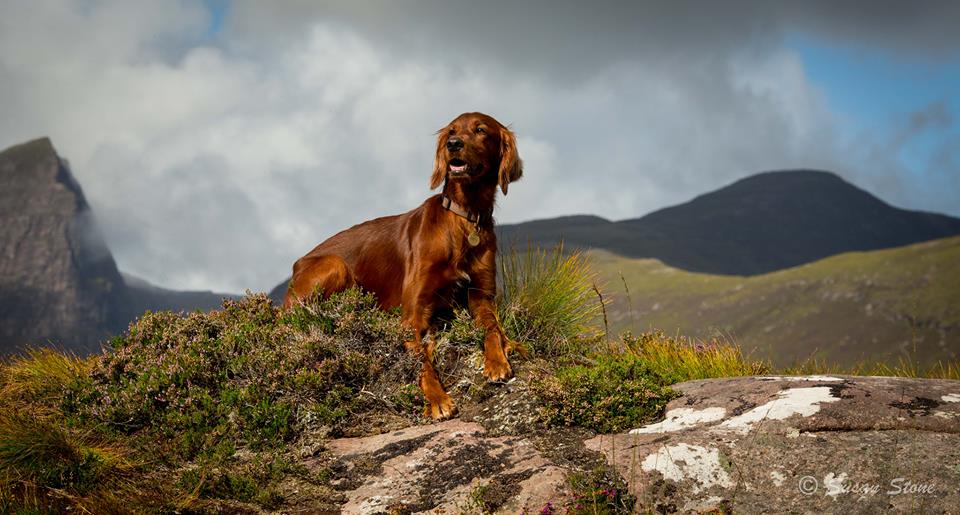 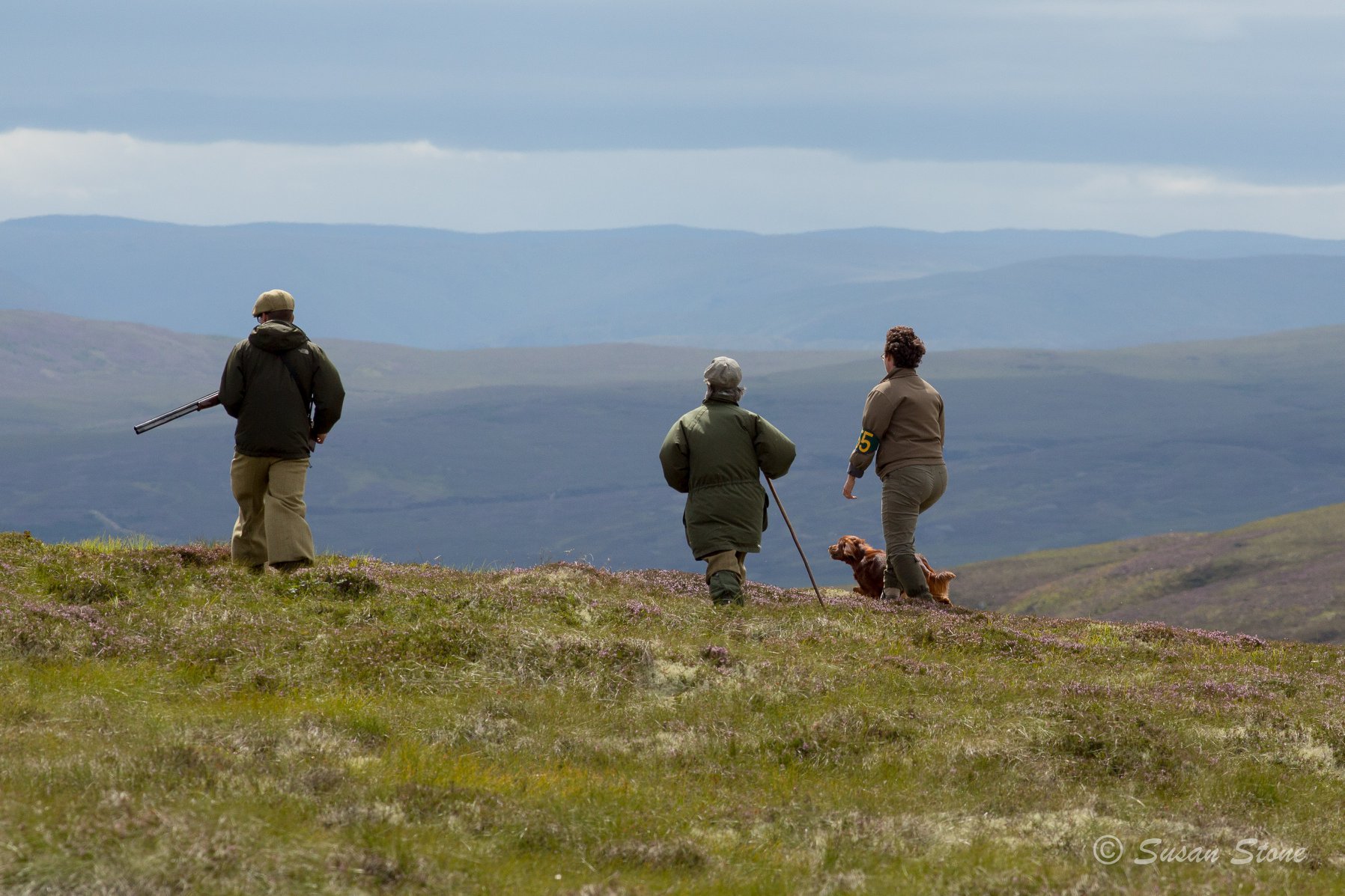