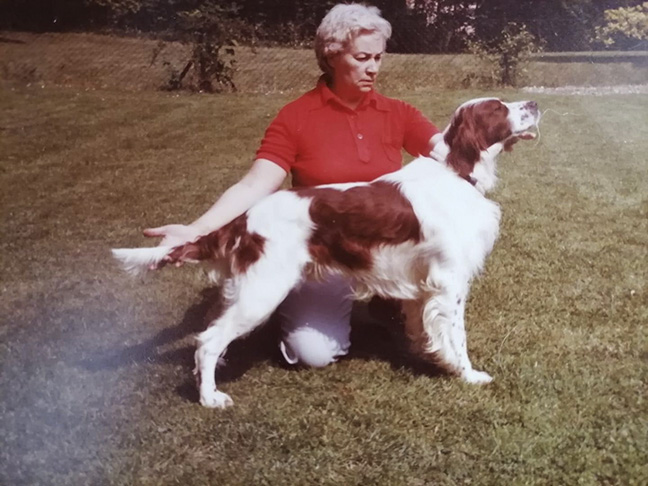 It is with great personal sadness that I report the passing of Pat Brigden,one of our Clubs founder members,and one of the most passionate supporters of our wonderful breed .Initially in Irish setters for many years where she had a lot of friends and was a member of the South East Social Committee.She became interested in Red and Whites and bought her first red and White from Joyce Webb in the early 80,s and went on to become a prominent  figure in the breed under her Autumnwood affix with which she had many successes,she was also a founder member of the Red and White Setter Club of Great Britain with whom she became a Vice President.Pat was so enthusiastic for the breed that she did a tremendous amount of research and produced “The Irish Red And White Setter “ in 1989,a book  which is still popular across the globe today.
She was a tireless worker and she would stand up for her argument in any quarter especially at AGM,s and in particular in controversial times,eg,when the outcross programme was announced she had a few choice words to say about that,and often at the kennel Club AGM,s

I have personally known Pat since the early 80,s and I helped her to run the ringcraft classes in Caterham,Surrey,for many years,through to more recent times  when we worked together  on the Kennel Club Gazette after a change of heart by the KC reinstated the publication. Here she met another marvellous friend,Ron Stewart,of King Charles Spaniels ,and from whom Pat obtained her last dog Poppy,a King Charles.

Her life changed in recent years when she moved from East Grinstead ,West Sussex,away from her many friends ,in particular her great friend  Maureen Newman who saw Pat almost daily and was a marvellous support to her.She moved  to Somerset to be near her ailing son who sadly passed away shortly after she moved there.Fortunately her daughter and her husband moved there at the same time so she had family around her in these last years,and Maureen visited frequently which was a massive comfort to her.

She will be sadly missed and we send our sincere condolences to family and friends.The funeral is at Taunton Deane Crematorium at 2.30 on the 29th September. Donations to the Marie Curie charity would be much appreciated via the funeral directors ; Hedley Price, Mart Rd, Minehead, Somerset ,TA24 5BJ 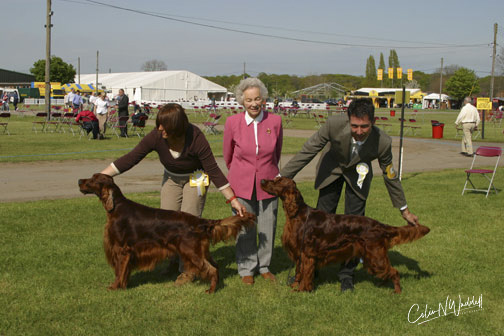 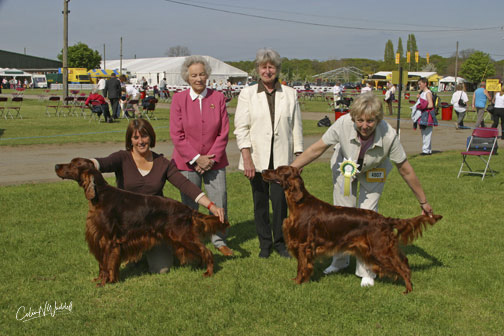 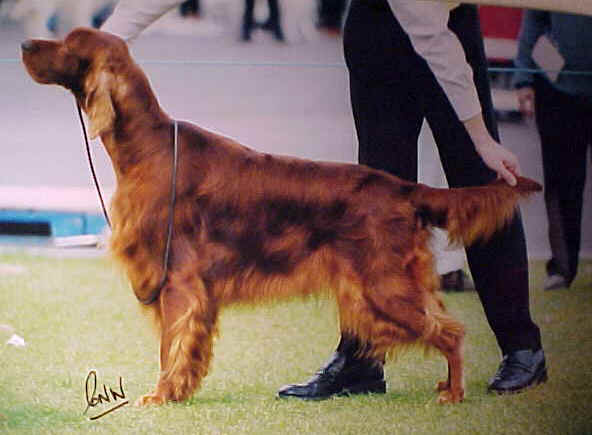 He was owned and handled by Suzy Roffey who has an interest in the Autumnwood affix
and who owned a number of dogs in partnership with Pat.